We Are ONA is extending their pop-up in the heart of Mexico City, creating the first Chef Residency restaurant, from the 12th of January until the 5th of June, 2022.

Located on the rooftop terrace of Círculo Mexicano, ONA Mexico is bringing the best Chef(fe)s to Mexico, providing a 6-course tasting menu created by a monthly invited chef(fe) which will combine French cuisine with local Mexican ingredients. Each menu will be accompanied by a wine pairing, carefully selected for each dish.

The guests will enjoy the breathtaking view of the capital’s Metropolitan Cathedral, National Palace, Templo Mayor and Torre Latinoamericana, making it one of the most attractive meeting points in the city. 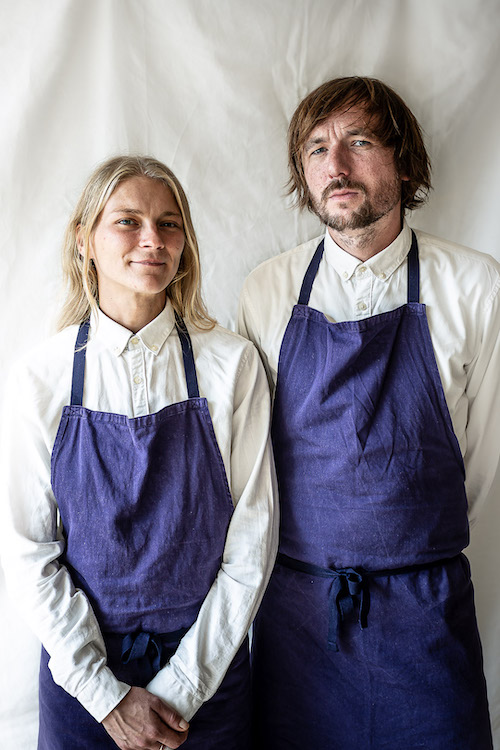 Born in Deauville, Romain Tischenko was destined for a career in the kitchen.
After completing his culinary studies in Normandy, he made his debut at Landiers and has since crossed Paris, passing through Ze Kitchen Galerie with William Ledeuil and many other unique places around the world. After winning the first season of Top Chef France, he opened the legendary Parisian restaurant Le Galopin, then later his little brother La cave à Michel was born. Most recently, he opened RàDe, a private chef cooking service in Burgundy.

Ioulia discovered natural wine upon her arrival in Paris in 2010 at Coinstot vino, Paris 2nd. She developed further in numerous bistros and caves à vin : Monsieur Henri, le Lapin Blanc, la Cave à Michel then at Table, a Michelin-star restaurant. She is passionate about wines which exceed the ordinary, and is always on the lookout for new wines to pair with the cuisine of Romain. 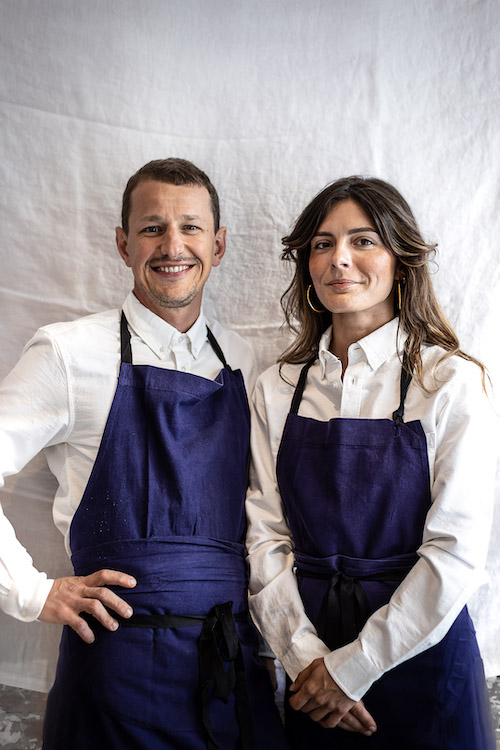 Growing up in Bath, Harry developed his passion for cooking at a young age and left school to devote himself to the kitchen at the age of 16. Trained in London, he worked at restaurants such as Wild Honey St James, Arbutus and Zafferano. After moving to Paris to work at Frenchie, he met Laura Vidal and Julia Mitton, with whom he set up The Paris Popup, a nomadic ephemeral restaurant.

In 2016, the three of them bought a restaurant in Marseille, and transformed it into what is now La Mercerie. Having traveled extensively with The Paris Popup, Harry acquired a lot of techniques and inspirations through the various countries he visited which is the guiding principle of his cuisine at La Mercerie.

Guided by her love of “eating well” and “drinking well”, Marie Delbarry left the world of fashion design to become a sommelier. She trained between Paris and the south of France in Marseille in starred restaurants and in addresses particularly attentive to natural wines such as Saturne, Orties, and La Cave des Papilles.

Marie is a sensitive person, who likes to go and meet the winegrowers, beyond discovering the terroirs she has been able to create a link with each of them.  “What I like in this job is the human contact, the sincerity, the relationship with the simple things in life, the nature…”. 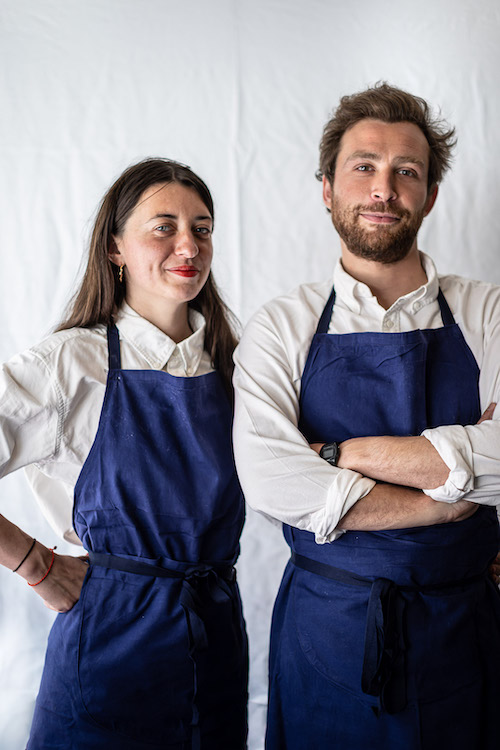 Clément started cooking professionally at the age of 21. After a few years working in Parisian bistros (L’hédoniste, le 52 Faubourg Saint Denis, Le petit mathieu), he moved to Belgium and did an internship at the Michelin starred In De Wulf that changed his vision of cooking for a more natural approach. Then he worked in Brussels at restaurant La Buvette as sous-chef before moving back to Paris and taking a position at Septime. He is now working as second de cuisine in restaurant Cuisine in Paris.

After a master’s degree in marketing and some experiences in music records and press industry, Lucie  tuned into wine. While studying wine at ICOP (Paris), she chose to do her apprenticeship at Septime. Five years later, she became Sommelier of the restaurant. She then worked at different places such as Le Clarence, Loulou Paris, La Buvette… Driven by wine pairing, she is passionate about all organic drinks : from coffee to sake… 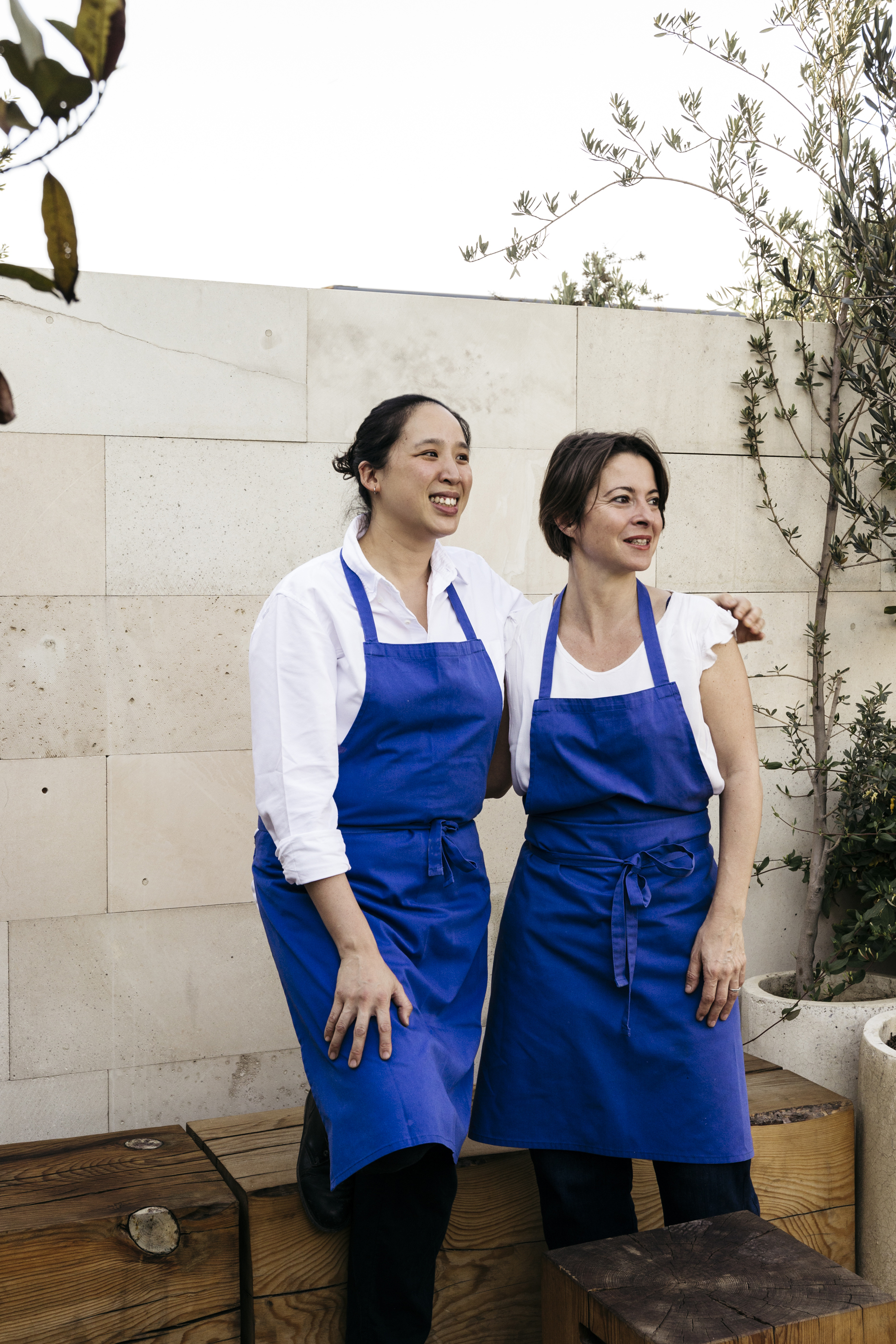 Céline Pham, one of France’s famous young generation chefs, is known for combining French and Vietnamese cuisines by redefining the concept of “fusion” with a contemporary and creative approach. The distinctive feature of Pham’s dishes is the combination of Vietnamese flavors and root vegetables with the French cooking techniques he studied. After Pham had his first experiments at the Ferrandi school, shen continued to create flavors in Paris’ leading modern restaurants such as Saturne, Chez Aline and Septime. Céline Pham describes Vietnamese cuisine as a pursuit of balance: sedate, delicate and green. She continues to use the culinary secrets inherited from her grandmother in special cooking events and private chef activities that she continues.

Francesca Tradardi is an Italian sommelier who arrived to Paris in 2010 when the Bistronomie concept was thriving.

She has worked at renowned restaurants such as Saturne, Rino, Septime and D’une Ile, where she learned a lot about the importance of produce quality and wine pairings.

From 2019 to present, Francesca has dedicated her time to be wine-trotter. She visits and works with various wineries in Italy and France, learning about the process of producing wine. 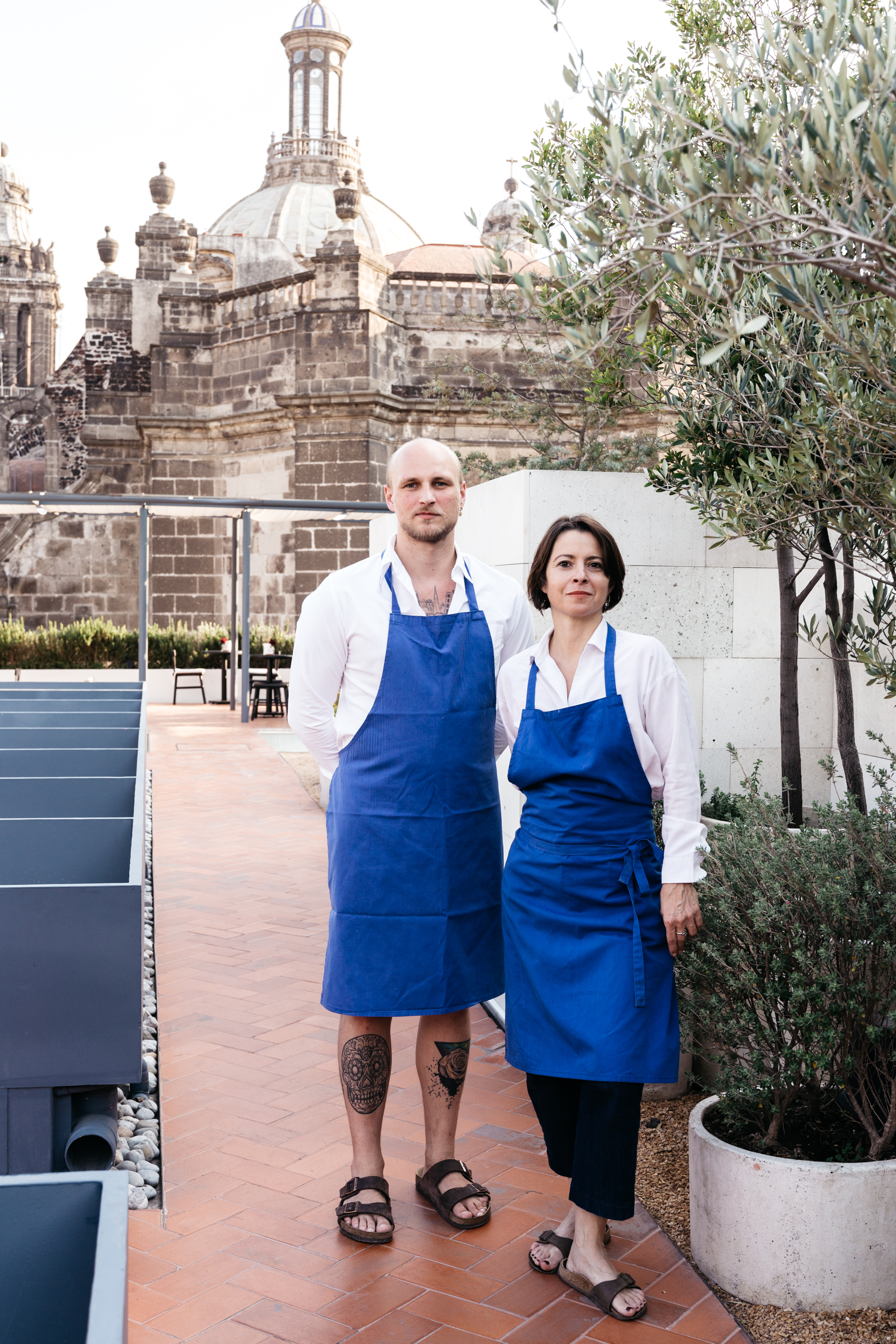 Mathias Degn is a danish chef who started his culinary career very early by working in restaurants since the age of 13. After a few years, he moved to Copenhagen to work at Noma, after which he was nominated as the Best Danish Chef Under 23. Having lived in Copenhagen, New York and now Paris, Mathias has taken the time to try out different cuisines, get inspired and discover new gastronomical leads before putting back on the apron and taking over the kitchen of the restaurant Au Passage, located in Paris. At au Passage, Mathias serves a refined yet delicious cuisine, inspired by his travels and experiences.

Francesca Tradardi is an Italian sommelier who arrived to Paris in 2010 when the Bistronomie concept was thriving.

She has worked at renowned restaurants such as Saturne, Rino, Septime and D’une Ile, where she learned a lot about the importance of produce quality and wine pairings.

From 2019 to present, Francesca has dedicated her time to be wine-trotter. She visits and works with various wineries in Italy and France, learning about the process of producing wine. 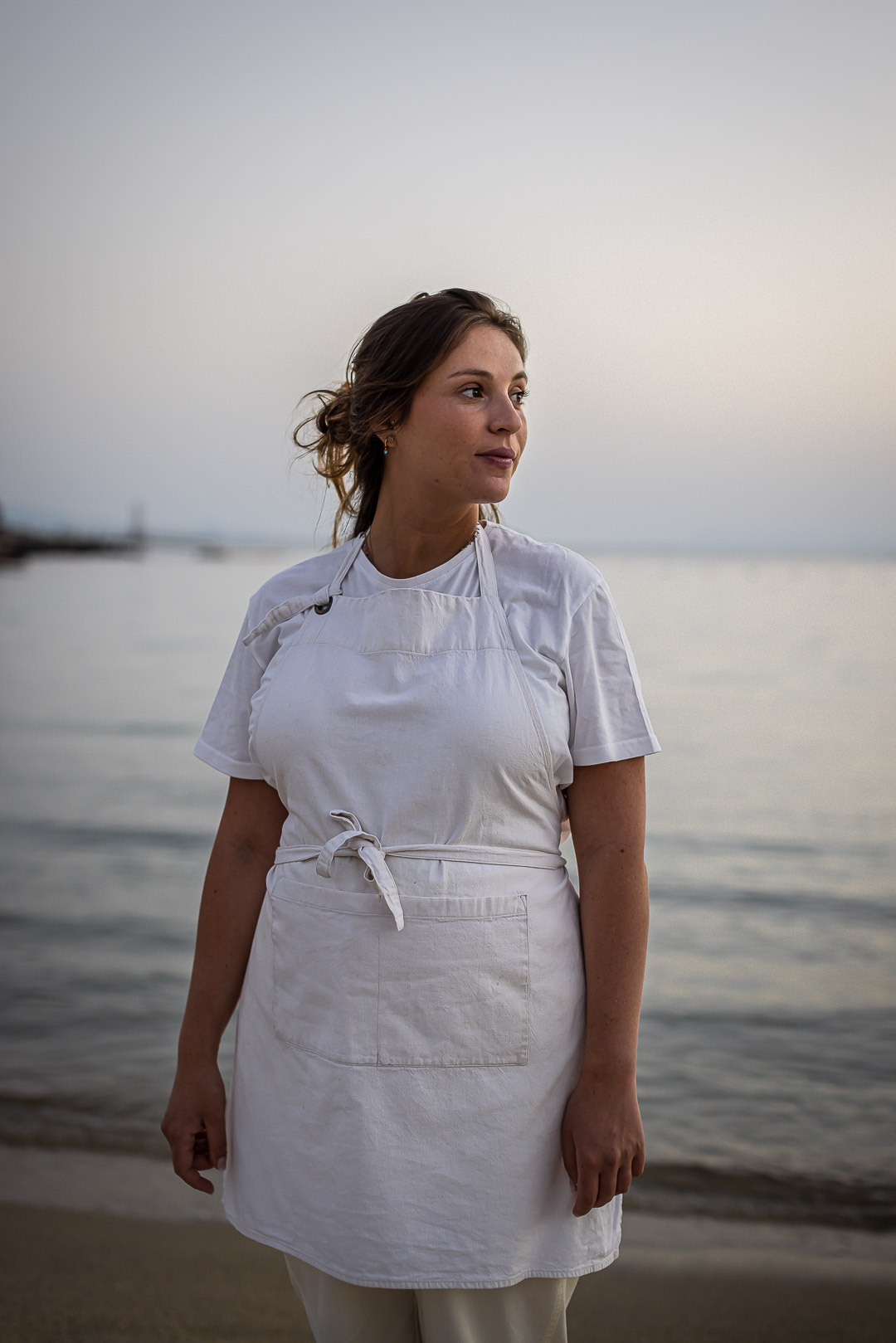 Ella Aflalo, studied at the Paul Bocuse Institute, known as the school of famous chefs in Lyon. She opened YIMA restaurant in the Noailles district of Marseille at the age of 25 shortly after finishing school, and later on she competed in Top Chef France.
Ella cooked in prestigious restaurants such as Septime in Paris for certain periods, and continues to live in Noailles, where she organizes special catering projects.